Burna Boy And Davido feud has gotten international appreciation and it’s time the “Twice As Tall” album holder put himself together before things gets too late for him.

The beef allegedly began in the autumn of 2019, when Burna Boy was nominated for a Grammy award for Best World Music Album for ‘African Giant’. Glimpses of a fued were not evident yet since Davido congratulated his friend for his nomination.

After fighting lyrically on records with Davido punching with “FEM” and Burna Boy responding with “Way Too Big”, the two has taken their music lyrical beef to physical assaults even outside Nigeria

Their brawl in Ghana few weeks ago was all over the news.

We understand artists beef are allowed in the music industry only if it’s healthy and benefits all.

However, Burna Boy is putting up unnecessary acts which have huge potential to affect his brand in the beef Davido and the “A Better Time” album holder and here are they.

Everything in this beef shows that, Burna Boy does not want to end fighting with Davido who has only been calling for peace between him and Burna Boy.

“FEM” which was claimed to be a diss song was a plain song that Davido used to call on Burna Boy to say he is ready to smoke the peace pipe with him.

Burna Boy is drunk in wanting to be given “the best of the best” title among his colleagues in the Nigerian music industry.

Considering that he has earned Grammy Award nomination in 2019, he fast forward did Odogwu, to proclaim himself as the king in the industry, wanting the others to bow before him.

3 Burna Boy Is Proving To Be Bossy

It’s a fact that, Davido and Wizkid had already taken Nigeria Music on their shoulders and exporting it to the global market between 2009 and 2010.

During this era of Nigeria music, few people only knew of Burna Boy even in the country Nigeria.

This has made people who followed the growth of Nigeria music between Davido and Burna Boy to have given credit to Davido as the one who paved way for “Odogwu”.

However, Burna Boy is not ready to accept this but wants to act bossy on Davido.

When Davido announced the release of his new album at the start of May, A Better Time, which was set to arrive in July 2020. Burna Boy posted a black screen with the message, “JULY will be very funny, and I shall laugh accordingly” on social media, suggesting to his fans that he will be ridiculing Davido’s new album.

Burna Boy sublime question posted on social media has been interpreted by many to confirm the point raised here that, according to Burna Boy, Davido owes his achievements to his billionaire father. The message still did not mention Davido by name though:

Burna Boy has been the one who keep bragging about being a champoin over Davido.

Fans believe that Burna Boy’s song ‘Way Too Big’ from his August 2020 album ‘Twice as Tall’ was directed at Davido with the lyrics, “I’m way too big to be f***ing with you”. Diss tracks and subtle messages are common in the music world when there is beef and Burna Boy has taken advantage t o jab Davido at all corners possible.

Video: Ike reacts to Mercy and new found lover video by uploading video of himself flirting with an unidentified lady 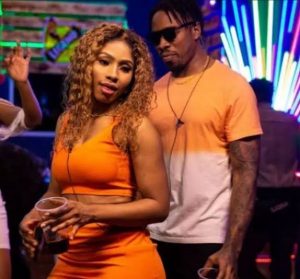 Reports are trending the entanglement between BBN Pepper Dem winner Mercy and her latest US based boyfriend Tana. Both were spotted having a great time at a strip club in Lagos.

People expected her ex Ike to be worried about that recent development, but the reality TV star seems unperturbed by such news.

His response was more like a sweet revenge. The 26-year-old blogger was also spotted in a trending video enjoying himself with some unidentified women.

Video: Mercy Eke spotted having fun in a club with her alleged boyfriend, Tana


Video of Big Brother Naija season 4 winner, Mercy Eke in a club with her new boyfriend has surfaced on the internet. 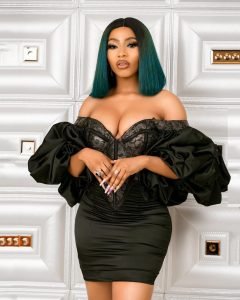 In the video, the reality star and her alleged boyfriend identified Tana were seen having a nice time.

Kemi Filani recalls that a few weeks ago, Mercy confirmed the rumours flying on social media about her breakup with Ike. On Mercy’s Snapchat, she revealed her new name was Mrs H making people wonder who the man was.

The rumour was fueled even more after her friend went on to post a picture of Mercy and a ‘mystery man’ on her Snapchat.

Big brother naija star, Erica Nlewedim has jet off to Dubai for a vacation sponsored by travel company, Travelbeta. 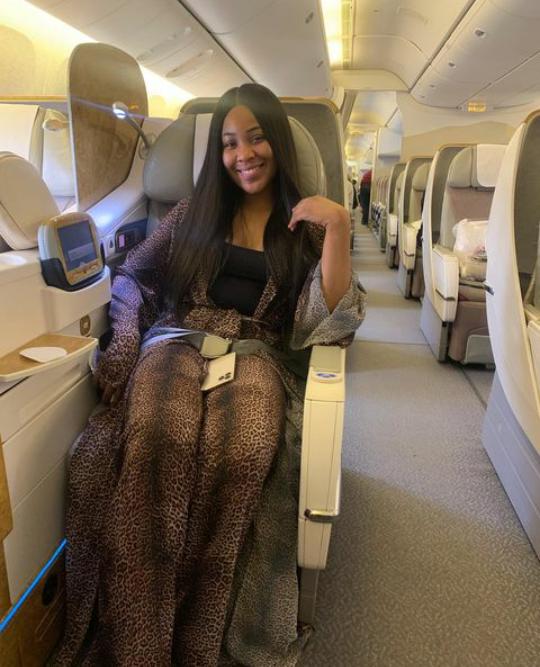 “I’m in the mood to jet off somewhere, take the much deserved break I need and just relax. Who better to fix me up good than my number 1 travel plug @travelbeta!”

“My dear elites I’d be taking over @travelbetas’s IG page for the next couple of days head on there to catch me live in Dubai and Accra living my best life. You know how we do “😉 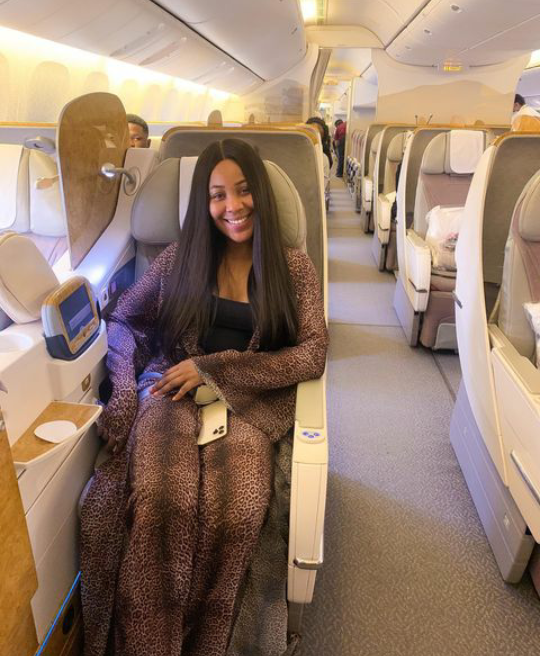 The actress recently advised her fans to ignore all forms of negative energy online, and also not insult anyone in her name. She informed her twitter followers, that she will be taking a break from the platform because she has lost her joy being there.


In a video which has gone viral on social media, Dorathy Bachor, bbnaija 2020 1st runner up, could be seen ranting as she approached Mercy Eke in her house. 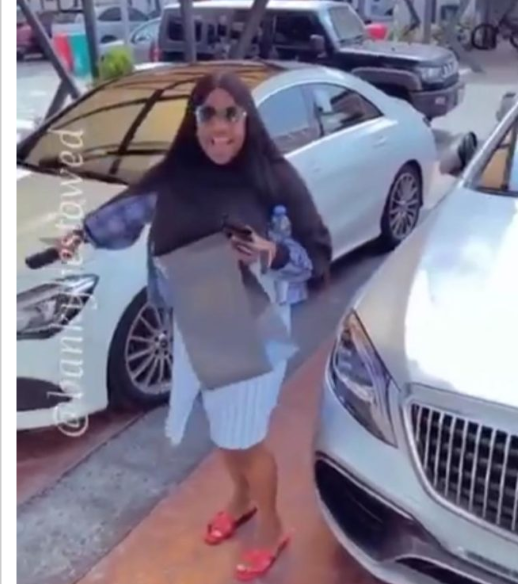 Dorathy Bachor complained over limited parking space while on a visit to her colleagues house, Mercy Eke.

According to Dorathy, the entire parking space in the residential area is occupied with cars leaving her with the option of parking far away from Mercy’s apartment. 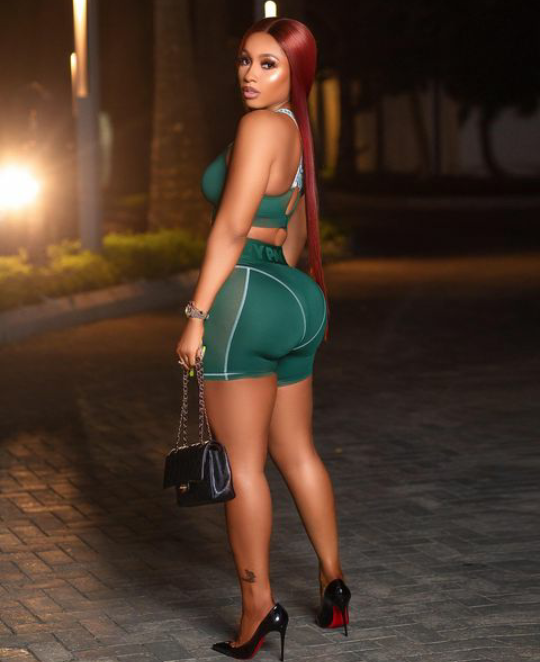 The CEO of Lambo homes, Mercy , laughed at Dorathy’s comment, followed by  complimenting her on how cute she looked.

Few days ago, Mercy lashed out at Titans and Ninjas, fans of Tacha and Nengi.

Friendship is not by force, I’m not sharing money na. What’s this desperados thing naaa? I know say na me dey give una life…..lambo with star power, lambo the star maker, lambo the prototype, without lambo their nothing is selling”

I can hardly remember this forgotten dingbat. Can i enjoy my new year in peace? Y’all are still nothing, bunch of wannabes, there can only be one Mercy Eke and thats me, the person you wish you or your favourite can be”

“FRIENDSHIP IS NOT BY FORCE, OKAY”

“How Much Do You Get Paid To Be Inhuman?,” -Tacha Asks Bbnaija Fans


Reality TV star and entrepreneur, Tacha has lamented over the inhuman behaviors of online trolls, especially the fans of bbnaija. 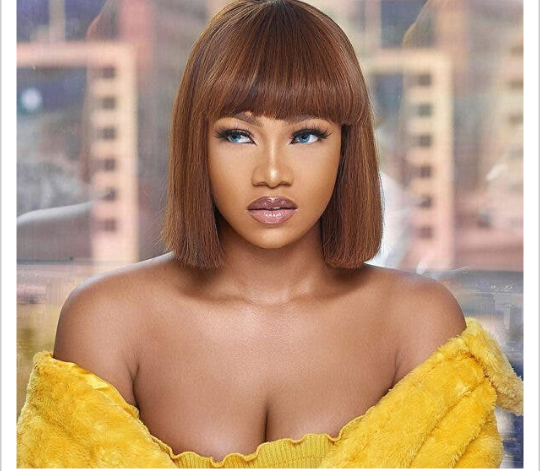 Tacha stated that she can’t believe that cyberbullies and trolls are typing RIP DELE, a guy who went missing and was discovered to have committed suicide yesterday.

But It won’t even take till tomorrow morning and your clown asses will be in comment sections wishing people you don’t like death!! Be kind with your words!!! Depression is REAL.”

“You go around wishing death on people, people struggling through life, People bottling themselves up!
People only trying to survive, people who just wants a better life for themselves! all for a SHOW! A show you don’t make coins from!
May NEMESES CATCH UP WITH YOU!”

“We went through a tough 2020! It’s alarming how lessons weren’t learnt..
you turn to real life Devils to prove how much you hate, you lose your sense of reasoning, you lose your conscience! All for a SHOW?!
Tell me, How”

She has been a victim during her days in the house and even outside. She was body shamed by even famous Nigerians on social media and it is fair to say that all that experience has helped her develop a tough skin.

Recently, she clashed with a bully on twitter who wished death upon her and her child. The troll actually called her Trash and referred to her daughter as a bastard. This did not go down well with the reality TV star who replied with the message below.

You go around wishing death on people, people struggling through life, People bottling themselves up!

People only trying to survive, people who just wants a better life for themselves! all for a SHOW! A show you don’t make coins from!

May NEMESES CATCH UP WITH YOU!. 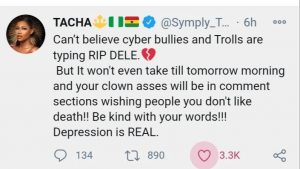 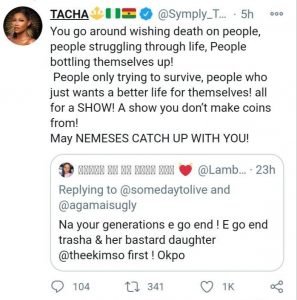 
Bbnaija star, Laycon’s ever loving and caring Icons (Laycon fans) were spotted being worried as they noticed that the winner season five edition of Big Brother Naija show had a deep cut on his forehead.

Laycon has yet to resond to the growing concern by fans. 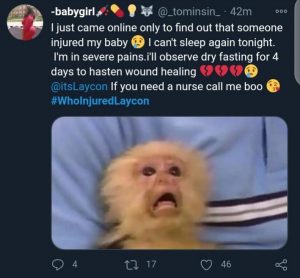 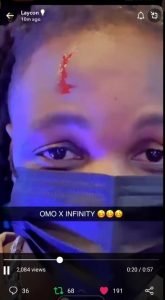